The origins of what eventually became the Malnad Mela began in 2001 with a community Biodiversity Festival in Sirsi. 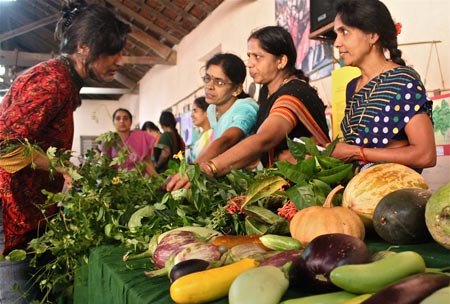 This was part of the nation wide National Biodiversity Strategy and Action Plan (NBSAP). The festival subsequently led to an annual celebration in Sirsi organised by the women of the Vanastree collective who saw a need in coming together each year to display and share their produce and creations. Gradually, the exhibition and in-house event opened to the public where rural producers and consumers from Sirsi town directly interacted. This annual gathering has been sustained ever since, and was first called the Malnad Mela in 2004. An urban version of the Malnad Mela took shape in 2008 in Bengaluru and has continued since.

While the Malnad Mela is a space for gathering, sharing, celebration and reflection, it is also an important way for the Malnad community to appreciate their biocultural wealth. For the women of Vanastree, it is a time when there is a heightened appreciation of who they are and their tremendous role as stewards of biodiversity 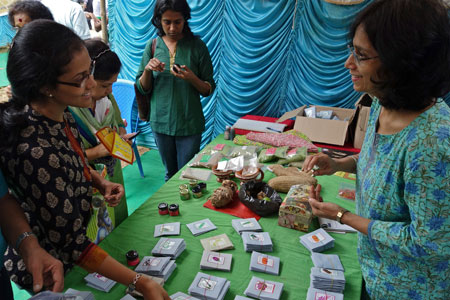 conservation. The Malnad Mela provides an atmosphere with a ring and bustle, while retaining an old world pace and flavour. It is foremost an environment of participation and conversation, with trade as not the primary motive. Many pressing issues of the times are raised and discussed in real time and space. The Sirsi and Bengaluru public have been extremely supportive of this initiative, and an informal Friends of Vanastree circle provides volunteers for the Melas—thus helping to keep them going.

Please visit our Events Calendar for the latest information on the next Malnad Mela.